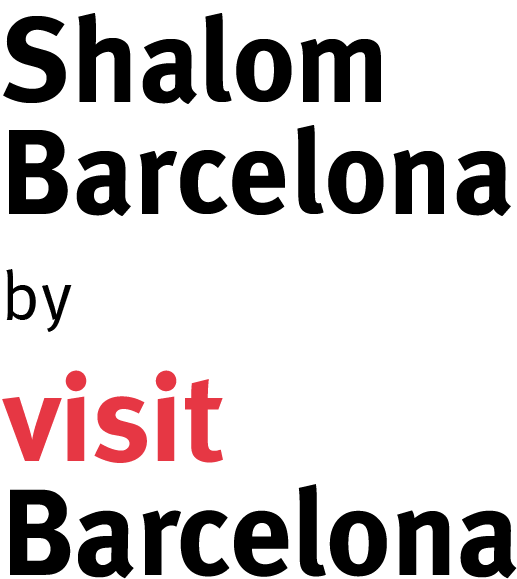 In the Middle Ages, Barcelona’s Jewish community  was one of the largest and most important of all the self-governing communities, or Aljamas, in the countries under the rule of the Crown of Aragon. Jews represented 10% of the overall population of  Barcelona. The Jewish community probably began to establish itself between the end of the Roman Empire and the 9th century, but it soon came to prominence due to its location in the capital of the county of Barcelona, near the border with Al- Andalus, and halfway between the communities in the south of the Kingdom of France and the Sephardim in Andalusia.
‍
Barcelona’s geographical location and thriving economy, which resulted from it opening up to international trade, made the city’s Jewish Quarter, El Call, a meeting point and place of refuge for Jews everywhere.
‍
As you walk through the narrow streets of the Gothic Quarter you will be transported back to these stories and legacies.

El Call is part of what is now the Gothic Quarter and was once home to Barcelona’s Jewish community. It was one of the city’s cultural hubs during the Middle Ages and home to two synagogues. One of them – the now-vanished Great Synagogue – stood in the largest area of the Jewish Quarter, El Call Major.
‍
Barcelona’s Call Major was located in the city centre and bounded by the following streets: Banys Nous, Sant Sever, Bisbe and Call. In the shape of an almost perfect rectangle, it still retains its medieval essence with its narrow streets. El Call was home to schools, baths and hospitals, but today only a few houses are left standing. The area was surrounded by the city walls and stood on the boundary of the former Roman settlement.
‍
By the early 13th century, the population had grown so much that a new, smaller part of the Jewish Quarter was built. Known as El Call Menor, it is thought to have been located outside the Roman wall, opposite the fortified gate, the Castell Nou, and to have consisted of several blocks, a synagogue and square. Following the expulsion of the Jews from Barcelona, the synagogue in El Call Menor, on Carrer Ferran, was demolished. Today, the church of Sant Jaume stands on the site

The Museu d’Història de Barcelona runs an interpretation centre, MUHBA El Call, in the heart of the ancient El Call district. It is housed inside a medieval building that was the former home of the veil weaver, Jucef Bonhiac,  and retains some of its original 13th- and 14th-century features. The centre tells us about the role of the Jewish community in Barcelona’s history and gives a detailed description of the places where the Jewish Quarter once stood, the unique buildings that have completely vanished and the ones that still exist.
‍
We invite you to see it!

Jewish memory in the Cathedral

The Chapter Archive of the Cathedral of Barcelona preserves thousands of parchments and books that tell the history of the city. Part of this story is related to the Jewish community that has coexisted and shares daily life with other communities. The legal documents kept in this archive (purchases, rentals, wills, etc.) help us to reconstruct personal stories of people who lived in the Jewish quarter of Barcelona or Call. This exhibition allows us to enter the Ancient Archive of 1535, with a sample of original documentation (in Latin, Hebrew and Catalan), which brings us closer to written testimonies that give voice to the inhabitants of medieval Barcelona.

Barcelona’s Jewish community currently numbers some 8,000 people who enjoy a vibrant and dynamic religious, social and cultural life. In 1918, the first Jewish community resettled in the city after four centuries of exile and repression.  Today the city is home to six different Jewish communities with their respective synagogues, which represent all the branches of the Jewish faith. The main synagogues are the Synagogue of the Israeli Sephardic Community of Barcelona (24, C/Avenir), the Ashkenazi Chabad Synagogue of Barcelona (14, C/Montnegre) and the Bet David Barcelona Orthodox Synagogue (2, Pl. de Ramon Berenguer el Gran). The city also has a purification baths, Barcelona Mikve (25, C/Burdeos).
‍
The Casa Adret, in the heart of the Jewish Quarter, is the Barcelona headquarters of the European Association for the Preservation and Promotion of Jewish Culture and Heritage. The city has a number of organisations devoted to the study and promotion of Jewish culture and heritage.

Barcelona is part of the Network of Spanish Jewish Quarters – The Paths of Sepharad: an association of Spanish towns and cities whose medieval quarters showcase the historic, artistic, environmental and cultural legacy left by the Jewish communities that once lived there.
‍
RASGO is a project run by the cities that belong to the Network of Spanish Jewish Quarters. It brings together a wide selection of the best accommodation, restaurants, shops and tourist and cultural attractions that offer top-quality service and have links to Sephardic culture. Look for the cities with the RASGO stamp where respect for Sephardic heritage and excellent service are guaranteed.
There are so many things to know and discover about the great Jewish legacy that has been so well preserved in some of the towns and cities in Catalonia and the rest of Spain.
‍
You can discover the cities that are part of the Network of Spanish Jewish Quarters by downloading its guide in different languages.
‍
Come and unveil them!